Unlock the amazing secrets of Smudging 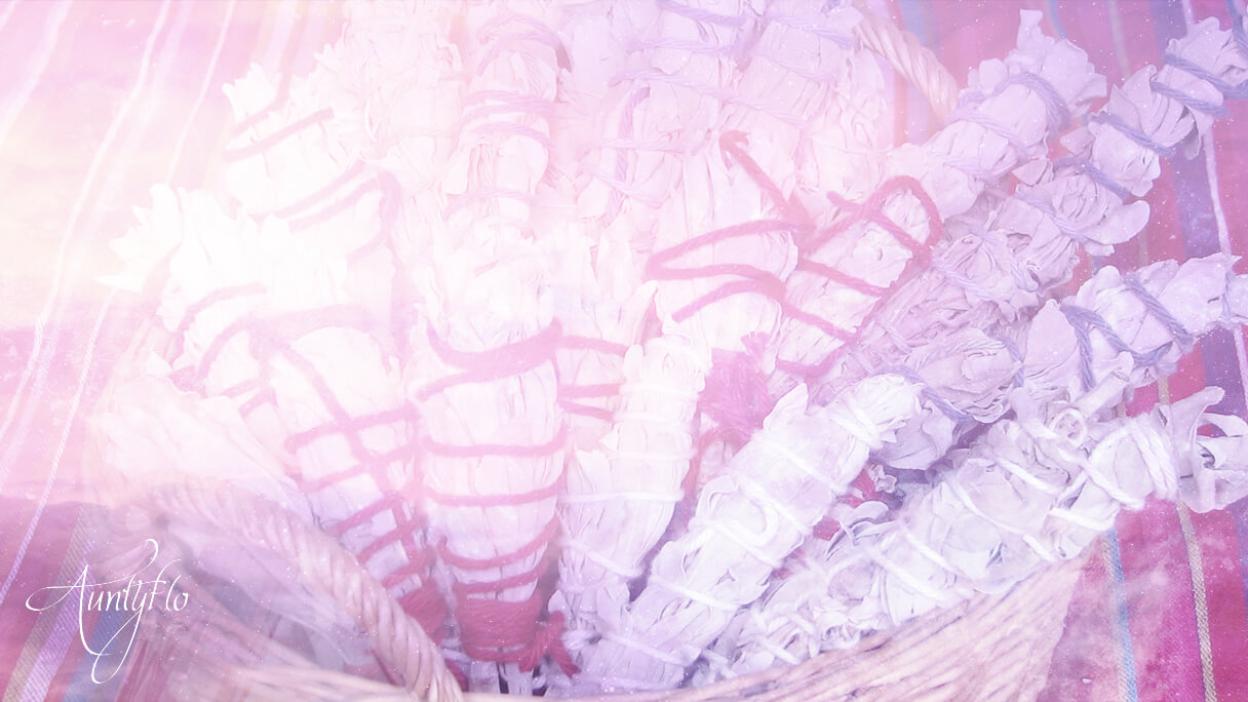 The use of sage or another herb to cleanse a person or area by burning the sage and waving the smoke around.

A blessing done to the forehead with a smudge of oil and annotation. Smudging is the act of cleaning up the physical space of a person, place, thing or situation using some kind of cleansing tool, herb, oil or sound.
you
This is an art which has been commonly practiced in the native American traditions as well as ancient European traditions. The theory behind it is that when practicing magic, or attempting to contact someone or something which is viewed as higher than ourselves, we must communicate in a cleansed and pure environment.

To do so, we have to quite literally clean up the space. Some of the more common ways of accomplishing this task is to waft sage throughout the home or whatever needs to be cleaned. One can also use salt in an absorptive function because it absorbs negative energy over time.

Some who have relatively bad allergies to smells will instead use the sound of a bell or a singing bowl to break up the negative energy, thus cleaning it in preparation for their sacred works.

So from this, we can define smudging is the burning of herbs in order to form smoke that cleanses the home.

Many places can consist of what is known as negative energy.

Smudging, in a nutshell, is a practice which helps clean and clear space to promote peace and spiritual balance. If we look at the native Americans, they generally used incense in order to clean and clear any type of negativity. Traditionally, the most common herb that is used for smudging is known as Sage.

There are many places you can buy Sage sticks, and it is advised that before carrying out any type of ritual work the sticks are burned to clear the area of negativity.

Additionally, alternative herbs that can be used include lavender and sweet grass. Smudging is also associated with blessing other people.

For now, let's consider the historic meaning smudging. Smudging is an ancient practice that has been used by both Americans and Chinese. It is still practiced in this modern world and used as incense rather than the herbal methodology of a smudge stick.

As we have already outlined, it first became popular in Native America. Especially used by the shamans. They believed that they were able to connect with spirit through smudging, and this allowed them to connect with different psychic realms.

We can understand smudging as a way of purifying and cleaning the air before we conduct rituals. The other important elements that we must consider is one's mind when they conduct the smudging ritual. It is important that the mind itself is also balanced in order to remove any negative energy or emotions that are prevalent before the smudging has taken place.

Many people undertake what is known as the smudging ritual. For this, one would need a smudging bowl. This could be a ceramic bowl, and this needs to be fire resistant. Do not leave a smudge stick a light unattended. The smudge stick should go out on its own. Also, make sure a bowl of water is at hand.

Go outside and gain a flat stone and put this at the bottom of the ceramic bowl. Alternatively, if a stone cannot be used then try either sand or salt.

People with asthma have various breathing problems should NOT be exposed to the smudge stick smoke.

There are many schools of thought in what direction one should smudge the stick. Some believe that a clockwise direction is important in order to bring something into your life such as a new lover or career. Others believe an anticlockwise direction which indicates that you wish to remove negative energy from your life.

This stick normally goes out after about an hour depended upon the size of the smudge stick. Regarding timelines, this most it can be used to repel negative energy at any time.

Here are a specific instructions in order to conduct smudge ritual.

There are many rituals on the Internet, but this one is the most comprehensive as we have taken this from an ancient book on shamanism.

Instructions on conducting a smudging ritual

Tools: a smudge stick, a shell or saucer, feather, ceramic bowl, matches and finally a small bowl of water.

Make sure that you light the stick and let it burn for at least three minutes. Light with the matches and wait for this to smolder. You may want to move the feather over the tip of the smudge stick if it really begins to smoke.

Note: Please do not blow the smudge stick as this could create the whole thing to catch fire!

You will see the smudge stick starts to catch fire, at this point you need to make sure that the flames are extinguished. Speak to your spirit guide and ask them to remove any negativity within the room. Once the smoke begins to lift get the feather and start to waive this above stick.

Next, decide whether you want to move the smudge stick in a clockwise or anticlockwise movement, as we outlined above. This will very much depend upon your outcome or the type of ritual that you wish to create going forward.

Make sure that you imagine the smoke removing any negative energies within your home or working space. You will feel the energy is working. Once you are happy, move the sage stick around your home and finally placing in the bowl once you are finished.

There are many different herbs that can be used for smudging these include sage which protects against any negativity. The bay leaf is generally selected if one wishes to enhance their psychic abilities. Cinnamon is sometimes used in order to invoke a better love life. Cedar is associated with purifying the air. Lavender is used to protect and encourage love and happiness into one's life. Sweet grass is normally used as well as sage in order to attract positivity in life and bring good vibrations and balance. Fennel is often chosen if one wishes to ensure that life runs smoothly.

We hope you like this article and have learned more about using a smudge stick. The most important thing to consider while doing these rituals is to make sure that you visualize your spirit guides and how they can help you clean away negative energy. If you like this article, please support us by clicking the like button below.